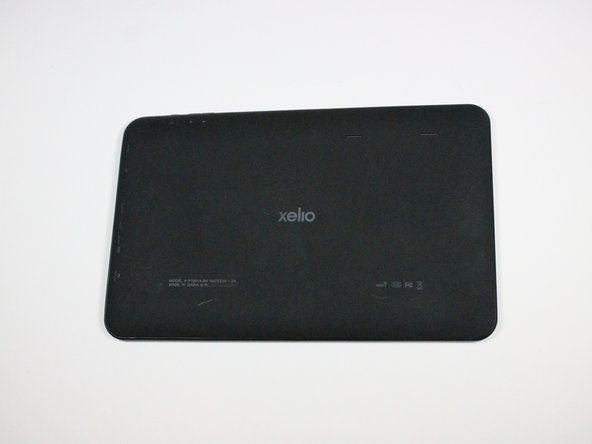 Removing the back cover of this table is fairly simple and straight forward. It requires removing two small screws located on the end of the tablet where the power, micro-USB, SD card and headphone ports are located. Once the screws are removed a thin blade flat head screw driver is all that is needed to pry apart the two shell halves of the tablet.

There are four securing tabs along both long sides of the tablet shells which are disengaged by gentle prying them apart with the screw driver. Once the tabs are disengaged the shell halves can be easily separated. Be careful, though. The speakers reside in two housings on the back shell half and connect to the mother board with two very thin wires each. The tablet speakers have magnets on their backs which should make them stick to the metal shell protecting the back of the screen. However, if the speakers stay attached to the back shell half, gently pry them out of the sockets before completely separating the shell halves.