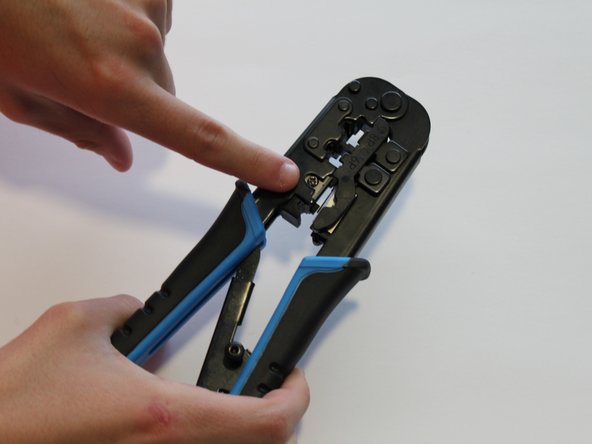 This guide will cover removing a damaged RJ-45 connector from an Ethernet cable and the steps to replacing it with a new one using the T568B standard. This requires a wire cutter/stripper/crimper tool and an RJ-45 connector.

You may wish to add that pass through connectors may be easier to work with for some as they allow you to use longer exposed wires. By doing so you can place them through individually, in pairs, etc. and then pull them through to clean up the connector and have the outer wrap seated inside the connector.

An additional note would be that some wires, such as the one in the picture linked below of a pass through connector may not have the white/color striping. You will have to go by the color they are twisted to as the reference of which is which (another time excess wires and pass throughs can help with, as you can work one pair at a time). I haven’t looked into the frequency of this, but my guess is that this will be more prevalent with shielded twisted pairs (as each pair is separated from the others by the grounding wrap).

Here’s a link to a shared image on OneDrive. I also circled how the solid green is placed after the white/blue.

These are very helpful tips. I would not have ever thought of attempting this myself until I read your step by step guide. I am totally unaware of it. RJ45 is a great little product for reducing workshop and installation costs. Thanks for sharing..!! Visit: https://bit.ly/2oDYZjs