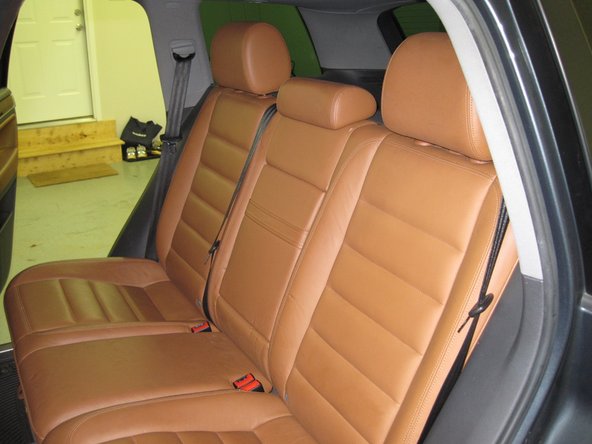 2018 Update: Volkswagen of America has issued a recall for this problem. If you're having this issue, considering calling your local VW dealer as this repair should be covered as part of the recall. Link to recall

My 2005 Touareg has been putting off a smell of gas that's becoming more and more noticable. When my Touareg is parked in the garage overnight, it was making the whole garage smell of gas fumes. Even when entering the car in an open parking lot, I could smell gas around the driver's side rear door.

I did some homework and found several people talking about gas smells coming from their Touaregs.

Check out this thread, and post #27 in particular over at VW Vortex: Gas Leak on Touareg

I wanted to take a moment to thank you for this fantastic write-up! Helped me to diagnose the issue with my moms T-Reg without even lifting the rear seat up and then helped me to do the filter replacement in around 2.5 hours including pulling the seat backs out and re-installing.

It is great that you took the time while repairing yours to help us repair ours! The tool information was very helpful also.

Thanks for the feedback, David! Glad you found it useful.

Awesome guide, I'm about to undertake this project once I get the part. Went to base hobby shop to inspect undercarriage and decided to take the back seats out, and there it was...a cracked dome! I can't believe this vehicle has as many faults as it has cool features. Again Much Thanks and trust me, my laptop will be nearby when I tackle this in the very near future. DB, 05TREG 119k Oct2014