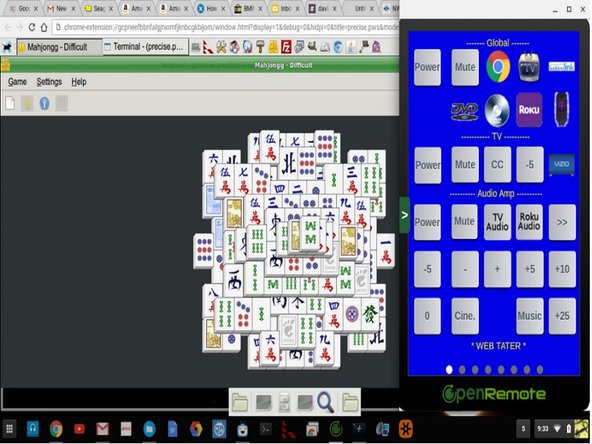 To reassemble your device use reverse order of disassembly.

To reassemble your device use reverse order of disassembly.

How big should be the partition?

The partition size is governed by the size of the SSD you install. ChromeOS does this for you when you restore from your ChromeOS image media. I got 107 GB of free formatted space from a 128 GB SSD as you can see above. This seems about right given the original SSD was 16 GB.

I have this model and I want a SSD with more storage, this model to be specific: http://www.bestbuy.com/site/seagate-1tb-...

That link is to a SSHD not an SSD. A SSHD is still a rotating magnetic media drive. As such it will drain your battery even faster than the stock drive does. It also doesn't give any dimensions for the device. I am not sure if all 2.5" drives have the same dimension in the thickness (smallest) of the three dimensions. I believe the SSD I used was 10mm thick. If you can find the dimension specs and it is similar it will work but you may find your battery life of your chromebook suffers to some extent. If you just want a little more storage the SD card slot is an much easier way to get more storage.

I just checked my original guide and I gave the thickness of my upgrade drive as 7mm NOT 10mm. If any drive you are considering is thicker than 7mm you can forget it because it won't fit in the chromebooks thin drive compartment.