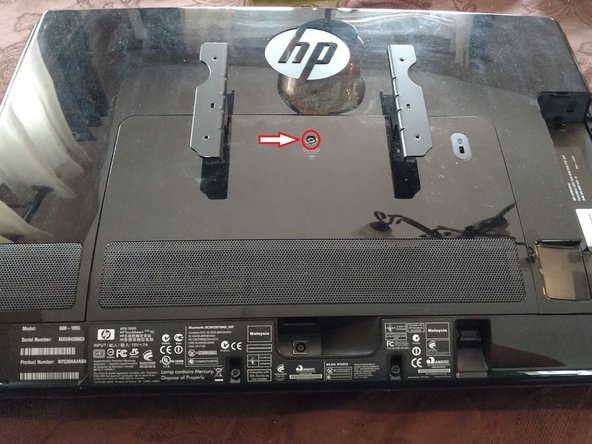 Recently my HP Touchsmart PC began making noises that indicated to me that a CPU cooling fan was starting to go. After a thorough check I had confirmed it was the fan so I ordered a replacement and set about breaking out the tools to repair it.

Question: I have same one and want to clone HDD under windows. Are there any way to attach additional HDD as temporary, I mean are there additional socket like desktop to connect sata cable to the motherboard?

I do not recall exactly if there are additional SATA ports on the motherboard. I just looked back at my pictures and am unable to see the ports underneath the shielding, so I can't confirm it. But it seems to me that there should be at least two SATA ports on that MB.

I believe i seen a second one. However, the SATA cord ran to the optical drive which was the CD/DVD port.

Just got the “fan dead, powering down” message on screen, so I’m just starting the process.

2 questions: 1-without power, how do I know which of the 2 fans is dead, or do I just replace them both? 2-Where did you get your replacement fans?

Hi Bob I purchased my fans on ebay and I ended up replacing both. I would imagine that once the computer has cooled down you should be able to power it back up for a quick few seconds to get to the BIOS and or (with the back cover off) see which fan is dead. Probably just best to replace both based upon the age of the computer at this point.

Are both fans exactly the same fan?

No. One fan that has the longer carbonite rod runs to the CPU to cool it.

The other fan with the smaller carbonite rod goes ove the GPU…or graphics card.

The one fan that you claim has no carbonite rod, that is the one that goes to the GPU, or graphics card.

It is true that a computer can run without it, as long as the port is connected to the Motherboard. This modle does have that connection on the MB.

So your computer, assuming it has been running without a GPU or graphics card hardware, is not necessarily needed in order for your computer to run properly. Therefore, if you didn't have a GPU or GC as i mentioned above, then there is no need for that fan to have a carbonite rod…unless you plan on installing an upgrade of a GPU or GC.

Word of caution, if your attempting to replace the CPU fan DO NOT lift from the fans end. The heat sink can become quite hard.

If you attemp to lift it off from the CPU at an angle, you could bend the CPU chip and cause irreversible damage and have to replace the CPU.

Turns out, after delaying opening my computer for a long time, since it was an extra computer, that the problem was NOT that the fans were dead!!! The fans worked PERFECTLY. The problem was that the HEAT SINKS were COMPLETELY CLOGGED with DUST!!! I simply vacuumed and blew out the rest of the dust with an air-can. Now it’s working perfectly!!! So now I have two extra fans, just in case.

And THANK YOU ++Gregory Caporale++ , for such detailed instructions!!!