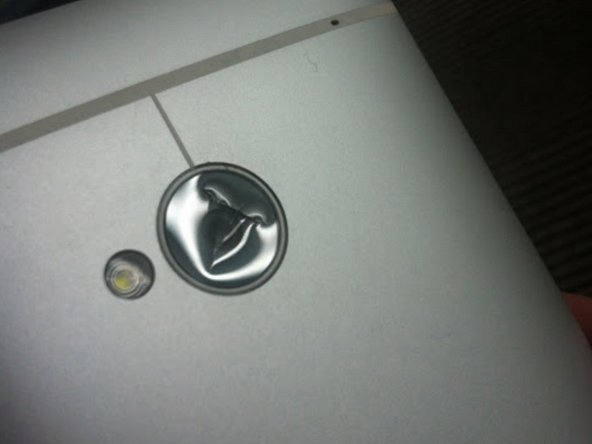 The HTC One camera lens cover is prone to breaking. There are a few different lens covers out there that can be used and this guide walks through the steps on how to replace it. The best option is to use the original HTC One lens assembly but the lens assembly itself is not sold separately. So its recommended to buy the "HTC One Rear Housing" on eBay, Amazon, eTrade supply or other online retailer for ~$12-20, then remove the lens assembly from this housing and use this to replace the broken lens assembly. Its actually quite easy!

The less desirable options are to use the lens replacements for the Evo 4G and HTC One X. The downside to not using the original lens cover is that the non-original replacement lenses protrude slightly from the body and are prone to getting scuffs on the glass. If a protective case is used on the phone, then the protruding glass will not get scuffed. Although its so easy and cheap to replace, if there is a problem with the lens glass getting too damaged, a new one can be put on in one minute. The lens replacements stay in well and do not fall out.

This guide walks through all the options. Also another contributor posted a video walk through: