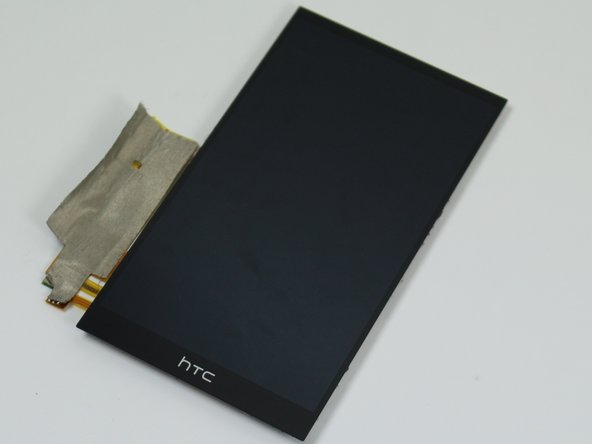 Use this guide to replace the display assembly on your HTC One M9. This assembly includes the digitizer and the LCD panel.

Took me almost 2 hours, but in my opinion it's not 'very difficult', it's not easy but it's doable for sure.

half this guide can be skipped, all you need to do is:

disconnect LCD flex and peel off the conductive tape

Slide a thin plastic tool in under the LCD (can be anything, like the hard-ish plastic used in blister packs), there is only tape along the sides, start at the top center of the lcd. Seriously just slide it down and cut the tape (it's super strong!)

Now just lift the battery up about 3mm (on the same side as the lcd flex) and slide the lcd out, flex and all..

Total repair time is HALVED and you don't mess up the rest of the RF shielding tape.

Total of just 4 screws need to be removed!

Is it possible to use this guide to replace the front cover? I'd like to know before I get into a mess I can't get myself out of!