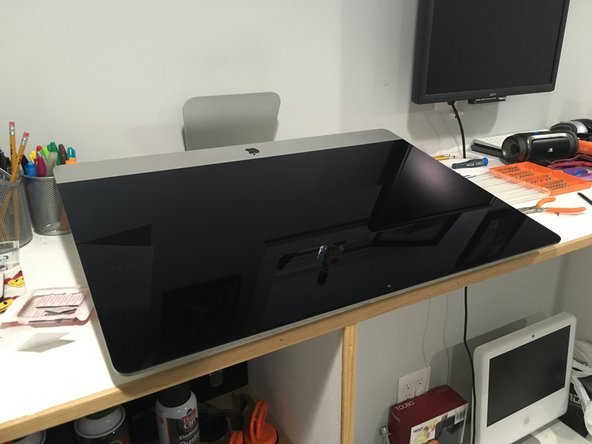 I was nervous buying the the late 2015 iMac 27" because there was such little information about it. I could only find a few videos specific to the tear down and very little info about adding or upgrading to an SSD. There was tons of info about the 2014 and early 2015 model, but noting on the late 2015. So here we go.

I'm disconnecting the SATA & power cable from the HDD, adding a 2.5" SSD (leaving the HDD in place).

Hello, in the last part of closing the iMac, what is the adhesive that you use? I bought some on ebay but its not strong enough. thanks.

It includes the thermal sensor and the tape.

Well, unless someone has a definitive answer on if it's needed or not I'd still recommend it. Plus it comes with the tape needed to secure the iMac.