How to Fix iPhone 4S Wi-Fi Grayed Out 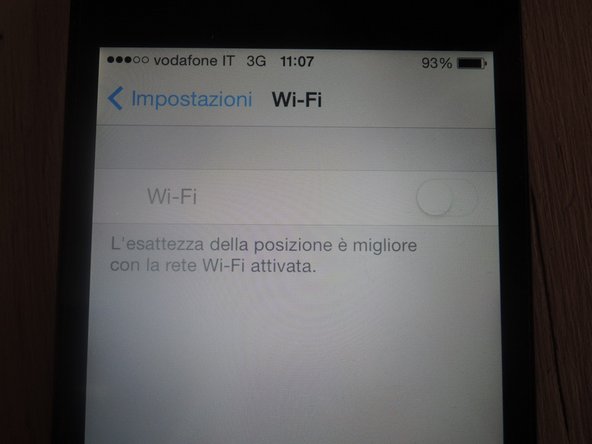 A common problem in the iPhone 4S, sometimes the Wi-Fi button will be grayed out and unclickable. This problem seems to be related to thermal shock — the problem may be temporarily fixed by simply putting the phone in the refrigerator for 15 minutes, or under a lamp for 30 minutes.

If this is the case, then the necessary permanent solution is to reflow the Murata SW SS1830010 Wi-Fi chip on the logic board.

Mille grazie, Andrea! I completed the repair thanks to your awesome Guide. Could it be you forgot to describe disassembly of the camera + surroundings? I took it out, too.

the camera yes, you have to pull out. im sorry

Thank you! i'm happy to hear this. and i'm glad to know that my guide is useful. anyway i have done a "copy and paste" for the first 20 steps, so i dont care about if something is the guide is missing..i think that if someone wanna try this guide, he have to know a little how to disassemble his phone. :)

Congratulations!!! It works perfectly!! Step by step following your guide and everything is fine.