How to Jack Up a Car (or Truck) 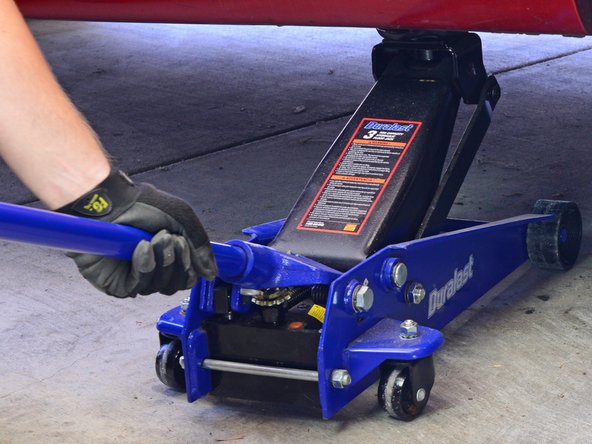 Use this guide to safely raise your car or truck using a hydraulic floor jack and jack stands.

Working under your vehicle can be very dangerous if you fail to take proper precautions. Follow all instructions carefully, and do not attempt to take shortcuts or "make do" with missing or poorly maintained equipment. If you're not sure how to proceed, get some help from a more experienced fixer.

AT NO POINT during this procedure should you get underneath the vehicle when it's supported only by a jack. Make sure the vehicle rests securely on jack stands before getting underneath it.

You can also follow this guide to safely raise your vehicle with ramps rather than with a hydraulic jack.

Nice article. I appreciate all the warning & safety notices throughout. My dad who's been an auto body mechanic all his life, had a near death experience this morning at work putting a car on jacks just like this if I understood correctly from my mom. From the sound of things, he kept the floor jack in place for added safety like your article mentions & it saved his life. I looked up your article to get a better idea of how a car is jacked so as to more fully understand what happened. Excellent article, very well written. I hope anyone seeking to work on their car will find your article(s) first & that they'll take all the warnings seriously. Thanks forall you did in putting this article together. Your thoroughness & emphasis on safety will undoubtedly save some lives. Keep up the good work! God bless you!

To add a little bit more to the safety suggestions, I'd recommend not working alone if it can be helped. The car fell on my dad's head, about the ears, knocked him out for who knows how long, & nobody saw or knew. He was on the far end of the shop out of sight. He doesn't know how he got out from under the car. My mom says maybe an angel helped him. By the looks of his injuries, it must have pinned his head or bounced it off the gound, because he has wounds on both sides of his skull.

Hi Jacob - how's your dad doing? Thanks for sharing this.