How to Repair a Jammed 2007 GMC Envoy Tailgate 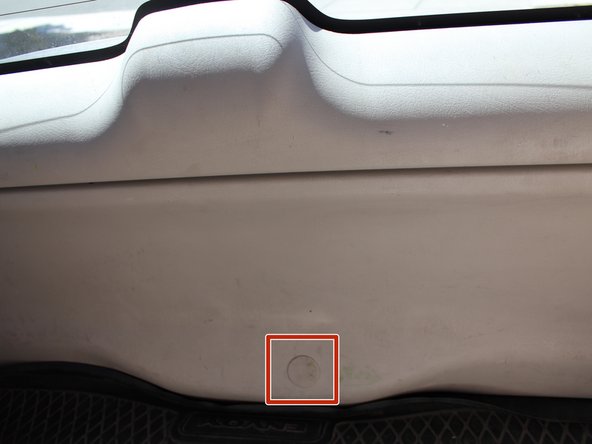 This guide is for a 2007 GMC Envoy with a jammed tailgate. One of the most common reasons for a stuck tailgate is a bent or warped latch bracket. This guide will show how to un-jam and open the tailgate to replace the latch bracket.

For the sake of clarity, here is an explanation of terms that will be used often throughout the instructions:

Lowering the back seat of the Envoy will give adequate space to perform this repair.

Once you have visual access to the bracket, inspect it for damage. If there is none visible, simply clean the rust and corrosion to see if this eliminates the problem. If not, you will need to install a new latch bracket, which requires a special Torx screwdriver.