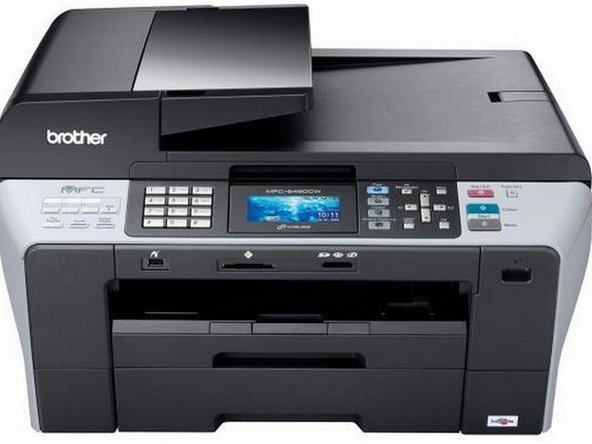 Thanks for the guide. But I don't think you need to tear apart the printer to do that, just start a print cycle and when the printhead moves, plug the printer off. then you can freely move the printhead and put the paper towel under it.

Thank you! Thank you! I was getting no magenta ink at all - I tried this, took me 2 minutes and viola! It works perfectly now! Thank you!!!!!

Yes! Best comment ever! Saved me so much work. Let it sit 15 mins, instant success did 1 Cleaning and perfect printing.

I have a problem with my printer and I came across this page. I have a Brother MFC-240C printer.

How do I reach the printerhead to clean it? Do I need to take off the top cover to reach it?

Thank you for your help.

Thanks Filipe for the extra advice :) I had already tried the paper towel method on my printer it did not work for me my print head was damaged and I had to replace it. I could not find any strip downs of my Printer at the time of posting this tutorial so I thought it was more useful for others in the future going this route