How to check Mercedes W123 Fuses 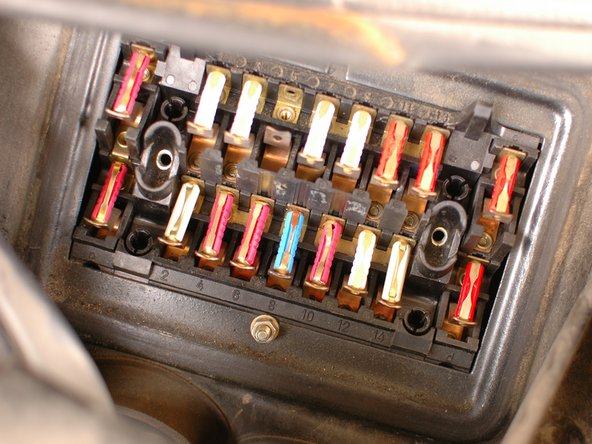 It's important to check the fuses on your W123 car, especially if you haven't in a long time or if the car is new to you.

A blown fuse can often be the culprit for what seems to be larger electrical problems.

Additionally, there are certain kinds of fuses that do not work well in the W123 fuse box and these can lead to problems later on if not replaced now.

Learn to check your fuses and replace any that need it.

When done, test the devices that are attached to the fuses you replaced to see if they work as they should.

When done, test the devices that are attached to the fuses you replaced to see if they work as they should.

Good point about the gasket and cover!

I can personally attest to the dissimilar metal issue: previous owner of my 300TD had recently spent several hundred dollars replacing window motors and switches and the windows still worked intermittently when I got it. I replaced the aluminum fuses and haven't had a single issue since!

I had a problem with my fuses so I went and bought a test light The Laurel Of fuses tested good but the upper row of fuses I couldn't get any power can you tell me what should I do either replace my fuse box or what should I do please help thank you my email address is ronell London 803 @gmail.com

A couple additional points are worth adding. Special equipment fuses are labeled A, B, C and D. These are held in pairs at the ends of fuse box. Some versions do not have either or both pairs (some Euro variants and US 230 and 240D have crank windows, manual sunroofs and may not use auxiliary fan). On earlier model years, spare fuses were stored in foam rubber inserts (above and below threaded inserts). These deteriorate with age and can be equated with rubber tubing or simple cardboard sleeve. Keep two pairs of white and red spare fuses in these locations, blue spares can be kept in toolbox or glove compartment, (they fail less often). When servicing fuse box, always check the 10 mm mounting nut to be sure it is snug.

Thanks for a great site- very helpful! Last week I thought I dropped a fuse under the fuse box, so I disassembled it. When I put it back together, the nut is snug, but the top plastic tabs are inside the cavity, not outside like your picture shows. How can I maneuver the fuse box in order to get the tabs out and the screw in the right place?