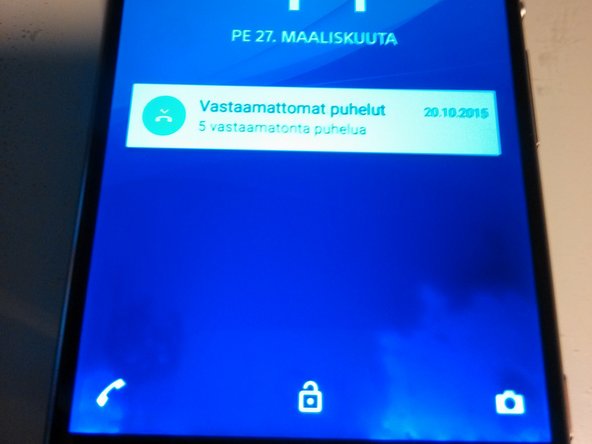 On the contrary to the popular beliefs, there's not really anything special about taking apart LCD screens. You just need to make sure you can put the layers back in in the correct order, and to be able to leave as little traces and dirt in between them. For some screens you have to desolder the backlight, which might sound intimidating to some, but isn't too difficult either, with a bit of microsoldering experience.

To reassemble your device, follow these instructions in reverse order. An alternative to cleaning all layers is replacing some layers from defective screens, as cleverly pointed out in the comments.

To reassemble your device, follow these instructions in reverse order. An alternative to cleaning all layers is replacing some layers from defective screens, as cleverly pointed out in the comments.

I have the same problem with my Z2. I'm wondering how possible it is that I will positively remove LOCA from theese layers? Is it 80% or about 10% :P And what can I use to clean glue? petroleum ether will be ok?

Ok, I made it, and if you want to know - glue is very hard to be cleaned from theese layers - it stay in theese little scratches. However I replaced almost all layers from another broken LCD and despite fingerprints and some ashes, it is working, but with many brighter spots. Still better than loca glue, thanks mate!

How does LOCA glue get in between those layers in the first place? And how do you prevent LOCA glue from getting in there, if it hasn’t yet? I am planning to replace a touch-screen on a Z3 and the new touch-screen will be glued with LOCA, so that’s why I’m wondering.

LOCA flooding results from excess use of the glue in digitizer-only repairs, especially if you have the gluing process oriented so the the LCD is on the bottom. After a few screens you develop an understanding of how much glue you should use and the correct patterns to spread the glue, so that just enough glue is used to cover the entire LCD.

The glue flooding may also be alleviated using other methods. This guide here is for damage control, but you can experiment with dispensing machines and OCAs+bubble removal. I also successfully used thin transparent tape overhanging the LCD sides, with only about 0.5mm on top of the LCD itself. After partially dry, I would remove the tapes and have no spillage on the LCD. But once you learn to apply the correct amount of glue in the correct pattern and to press the Digitizer, no such tricks are needed.

I haven't myself made these repairs in almost 5 years so my info may be outdated. But you will find out more by just experimenting and learning in the process. Good luck.