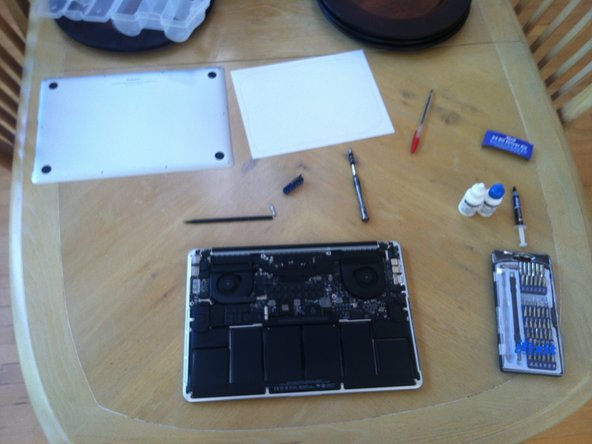 is there a video for this procedure? not sure where the battery sticker is.

If I do this, do i loose the warranty?

There are a few inaccuracies on this guide. As with any unofficial guide, use your common sense.

Second, the screws for the heat sink should only be accessed by a T5 torx, not the pentalobe. This was omitted from the required tools list.

Third, there is no battery sticker.

Fourth, check and re-check what you see vs an online guide, especially since nothing from iFixit is official Apple documentation.

Not working for me, same as before procedure.