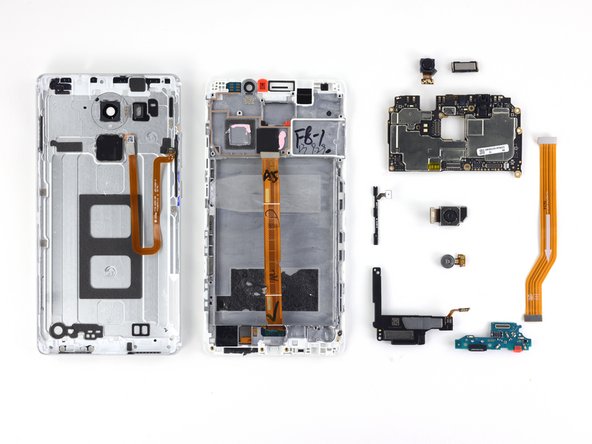 The warranty will be voided with any battery replacement and the display is complicated to replace, therefore the Huawei Mate 8 earns a 6 out of 10 on the repairability scale.