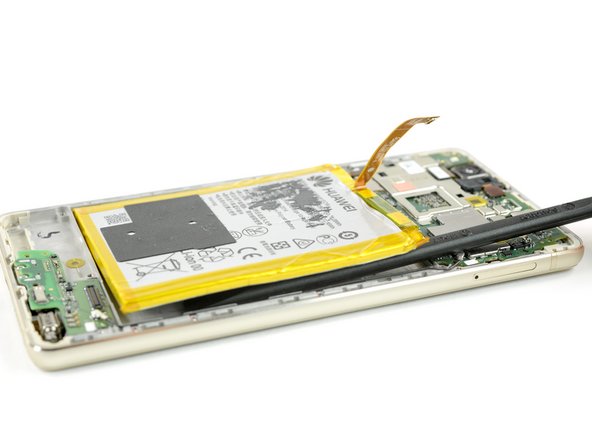 Use this guide to replace the old battery in your Huawei P9 Lite.

There is an extra step where you need to remove the cover of the board at the top of the phone in order to remove the NFC antenna which is not described in this guide. Better watch this https://www.youtube.com/watch?v=ADZiL7JK...

Thanks Costas for the hint. We added the missing step.

Helpful but now the fingerprint sensor and NFC don’t work, double checked the connector has been replaced correctly any idea on what might have gone wrong?

Maybe you want to check that the fingerprint sensor connector is properly seated and that the cable is not nicked or ripped. Same goes for the NFC antenna. Check the wiring of the antenna and that the contact pads and springs on the mother board meet.

This was very helpful, my phone works perfectly fine.

About removing the battery from the casing ... use fishing braided line. that works better :) Battery extracted without destruction.

Great tutorial. Worked like a charm for me. I definitely recommend buying the iFixit kit. Couldn't have done it without it.

These black stickers are left on the battery, what they are used for and whether they need to be changed. I have a new battery without its.

The battery was glued very firmly. Therefore, when it was removed, it was bent and became hot.

You can use any brand. Just make sure the tape is not too thick (so nothing you’d use for fixing down a carpet ;)

If the remaining adhesive is still sticky enough you might get away with re-using it. Having a rattling battery in your phone is somewhat annoying so you better fix it somehow.

Many thanks, helped me a lot!