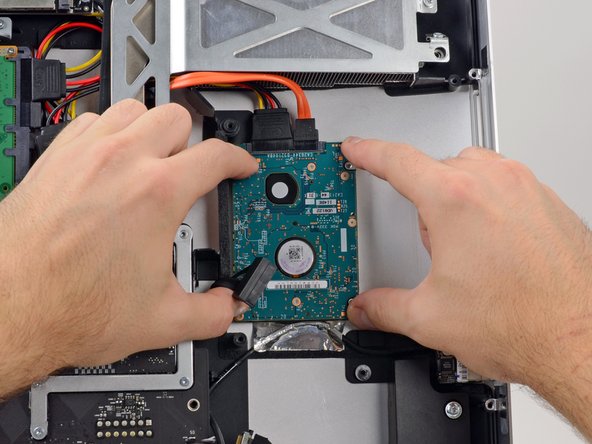 To reassemble your device, follow these instructions in reverse order, starting from Step 20

To reassemble your device, follow these instructions in reverse order, starting from Step 20

5 hours an IT support officer. This task is not for the feint hearted. A guide from OWC suggested locating SSD near HDD and this proved easier for me. This guide was accurate and the many images were very helpful. Thanks.

This isn't true. Mine has a 256GB Apple-installed second drive.

Great guide. I followed it but found after removing the logic board there was no secondary sata port!!! Either way I hooked up the original hard drive to power and temp sensor to stop the fan spin up and used the sata for the SSD so works great. One problem! My sound is now greyed out? Any physical reason for this? When the imac powers on it makes a sound but no sounds in Mac OS. I feel it must be physical not software related.

I had a 15cm SATA cable, which is too short to reach an SSD under the Optical Drive. I ended up putting the SSD right on top of the hard drive (then 15cm is just enough).