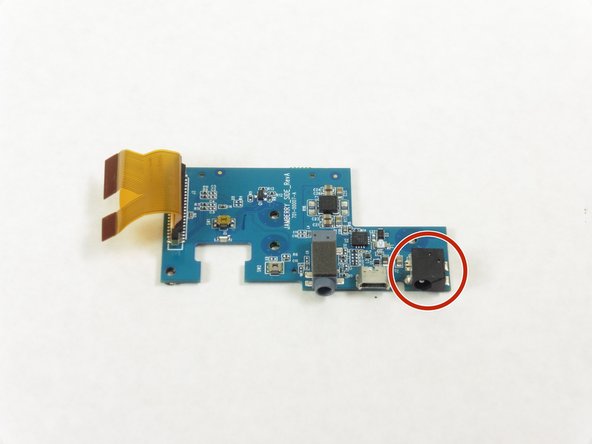 If the charge port in your Jambox has been lost or is not functioning properly, then these are the steps necessary for its replacement. This guide will require minimal soldering.

Just did this today. Worked like a champ. Put a little superglue gel under the new charge port and a good amount of solder. Great instructions and was an easy repair.

I have a poblem I need the the full port board (piece) for Jawbone Big Jambox Charge , Any idea who can sell me one?

Mine only works on the charger... does this mean I need to replace the charge port or is it something else wrong ??? I need help please

Excellent tutorial, just did this repair, very helpful. Didn't need to replace any parts just soldered the charger port back onto the circuitboard...

Excellent repair instructions! Very poor design considering the force the connector sees when connecting the AC. Glad I bought 2 extra ports because I am pretty sure I will be replacing it again in the future.

How can I determine if it is the charge port or the battery that needs to be replaced before I purchase parts??!!