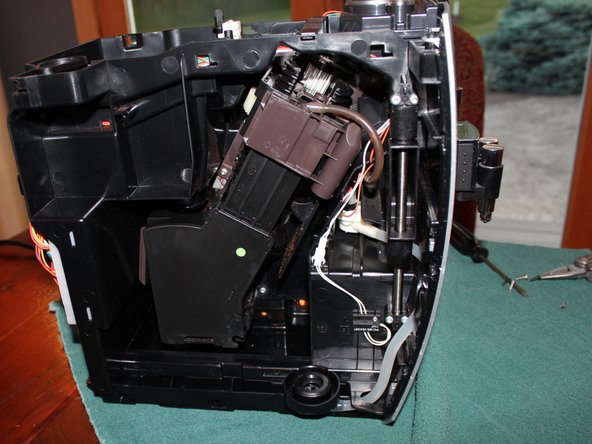 Warning only attempt this as a last resort if you need to.

I noticed there are some extra connection points on this model brew group of Jura. For example, the one in the center shown in your first picture. Since there is nothing connected to it, I am afraid water/coffee will come out from there and create leak. Did you notice anything like this? Thanks!

There ist the lower connection to the drainage valve for the incoming hot water. There is also the upper connection that leads to the hose for the finished coffee. All possible other connections remain u, maybe they are used in other models.

I have heard of others getting leaks but I have not had any yet. Anything you see in the pictures is as it came from the factory the only change I have made was to change out the top screws in the beginning of the other guide.

Yes, I saw the one in the center on top before. Some models use it to connect to the coffee spout. This is the reason I think it will leak coffee from there. Also I’ve never seen this “side coffee box” on top before in any other models. There are two ports on it, J5 only use one. The other one is also open for leak. I refurbished the same model and wondered about these two open ports when I do it. Now I found leaking coffee from bottom of the machine. I will open it up to run it. Then I will know exactly where the coffee comes from…