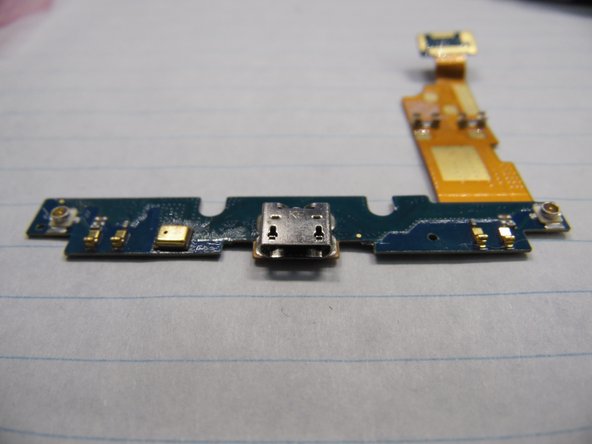 If your LG optimus G shows no signs of USB detection (it does not charge and does not connect to your computer), there is a high possibility that the charging circuit may be the culprit. Although somewhat rare, the charging ports are inexpensive and once the case is removed, installation is relatively straightforward

Thank you! This worked perfectly for my E970 (US AT&T Optimus G). The USB port now has a solid click into place, firm hold, and it charges normally.

One note: I used PH000 from the iFixit Pro Tech Toolkit for the internal screws. The guide lists Phillips #0, which is 2 sizes larger than what was needed.

Great to hear that it helped! I double checked today and I definitely found the 0 to be the best fit in the phone I was working on, so maybe there is a size discrepancy between the two models? Either way I'll abridge the tools section. Thanks.

After following the tutorial I replaced the flex and my phone is charging again, but the speaker isn't working, could it be something loose? is the microphone integrated in the flex as well?

Just to clarify - is it the loudspeaker or the microphone that is malfunctioning? Both?

Yeah, sorry, I meant the microphone, but I've come to the conclusion that the flex is broken, I remounted the old one that doesn't charge but the mic works fine, wit the new one it doesn't ;(