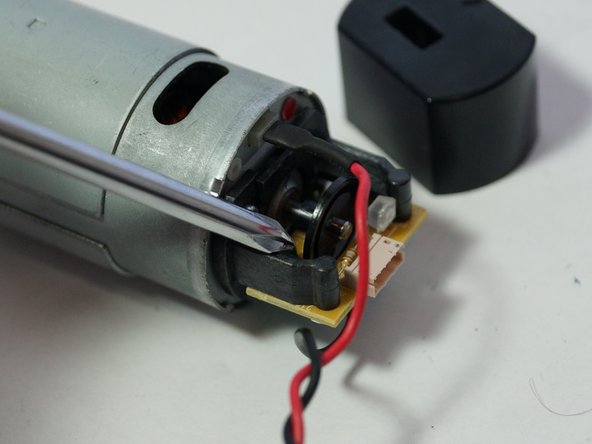 If your Logitech G27 will not respond properly, even after calibrating, you may need to replace its optical encoder. The optical encoder is a small electronic device that turns the wheel's rotation into an electronic signal for the computer to understand. It isn't too hard to replace, you just need plenty of patience because you'll be taking out a lot of screws! Make sure your wheel is completely unplugged before starting this replacement.

Where can you get the encoder to replace it?

Hello and thanks for the guide. I understand this might be off topic, but would you happen to know the pinout of the7-pin connector in step 5? There is no label on the pins. Thanks in advance for your time.

Very much appreciate your assistance & time putting this together. I Chose the expoxy route. My wheel IS BACK!

Are you sure about Step 19 alignment. Some other guy with G25 says it has to be dead centre alligned otherwise you get blinking lights.And that's exactly what happens to me.

Hey, really big thanks for this guide! I opened my wheel and found the optical encoder broken as foreseen. Just bought the brass version, but for the first instance I fixed the encoder by wrapping some thin tape around the edges and cut off the rest. worked well, but is not meant for a long time use.

As I managed to make this fault, please add a hint that when rearranging the wheel (reverse step 1+2 the thin wheel button wires love to slip close to the bottom left and right screwholes with the risk to be squezzed between wheel and wheel hub. Now I have repaired the wheel function and wrecked the upper left button function :-)