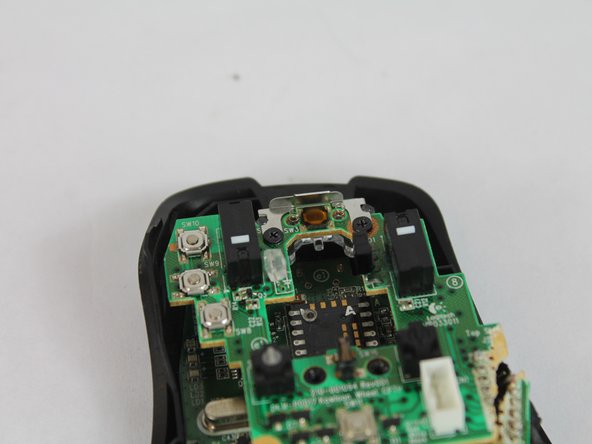 A guide on how to replace the top PCB assembly on a Logitech G700s mouse.

Please note, the top PCB can only be removed by desoldering the connections to the lower PCB. Otherwise you risk breaking the top PCB itself, as can be seen in Step 6. Which is far from ideal in restoring this mouse to working order.

lol, you broke the PCB and kept it covered with your thumb all the time as if you don’t need to desolder 14 pins before step 6…

Yes. I wonder why they excluded that part ^^,

What Youri said. Plus be warned de-soldering the pins is extremely difficult to do without the proper tools, or you risk ripping the copper solder pads of the upper board when doing so (sadly that happened to me). I’d suggest trying solder wick rather than a solder sucker as its a fiddly job.

You are also going to need some fine soldering skills when replacing the board.