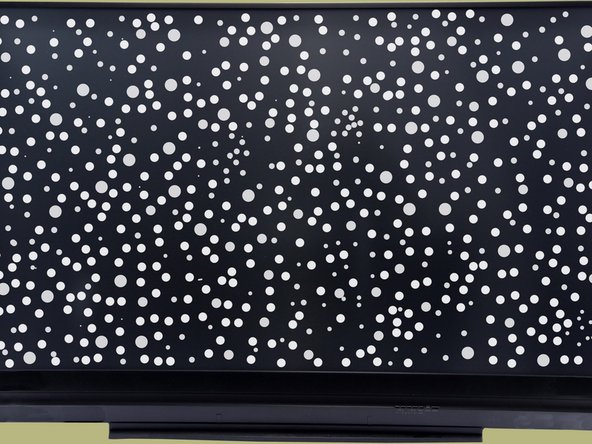 white spots appear on television screen, first only a few and within weeks too many to view the picture comfortably. replacing the dlp chip will resolve this issue.

with only a couple of simple tools and an extra set of hands, you can replace this part and save yourself some money in the process.

if you can handle a screw driver, have a little time and some patience then you can do this.

Steps were pretty straight forward… only had an issue/slow down with the gold ribbon cable on the back of the formatter board. Didn’t realize the white connector part you could see was not part of the ribbon and that the ribbon just slid into the white part… but, once figured that out, all went according to the steps. Turned the set back on and pnly sound, no picture at all. I am sure the chip is seated and installed correctly. Neither the lamp nor the fan turn on. I verified all the connections we secure (especially the fan), no clue why the lamp does not light since it was not touched during these steps.

ANy troubleshooting suggestions? I’m out of ideas.

Replaced the DLP chip without much of an issue at all except for the confusing part withthe ribbon cable on the back of the formatter board. Didn’t realize it was litterally just a cable and the white connector part was part of the formatter board. Once I figured that out, all went according to the instructions. Turned the set on and had sound but no picture - black screen. The fan did not start nor did the lamp light. I have verified all connectors in place and secure. Thoughts on troubleshooting?

I got the same problem mitsubishi wd62327 dlp wont turn on yellow blinking light then shuts off dont know what to do. Should i fix the ballast. Or check the fans before it turn off i think it said something on screen about lamp but im think ing fan of the lamp not sure it never turn back on again