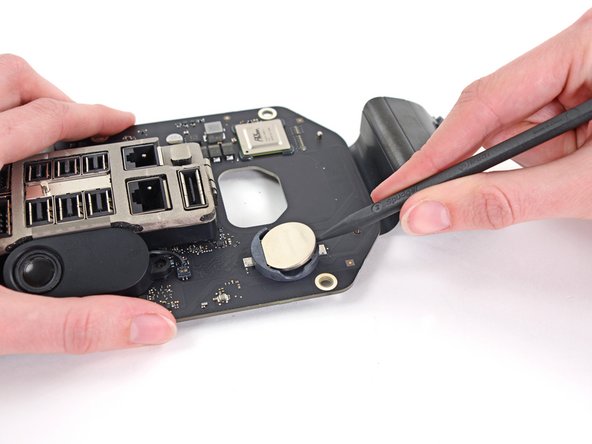 Use this guide to replace the CMOS battery.

A very good guide. I have a few notes from my experience replacing my battery.

In step 13 the torx screws securing the interconnect board to the heat sink were T-8 on my Mac but T-7 worked.

In step 23 a short arm Torx key would be helpful. Getting them out tore up the heads of the screws and getting back in was difficult without cross threading some of them. Bondhus (model no. 31832) sells a set that might help.

In step 29 if you don't reconnect the power supply data cable completely your Mac fan will run full speed and the processors will max out.

Seems like I need to replace the CMOS battery.

Which battery do I need to buy to replace the CMOS battery?

Yeah, could somebody please post the specifications for the replacement battery and maybe a source for it?

The difference between it and the CR2032 medical battery is the wider heat tolerance range, both extreme heat and cold of the BR. As these are known to get quite hot, get the BR2032.

The batteries in most Macs are easy to replace so substituting the common CR2032 works fine. Electrically, they are identical. The Mac Pro and the late 2009-2010 iMac are a bit time consuming (2009–10 iMacs have the battery on the back of the motherboard) so use the same one that Apple uses.