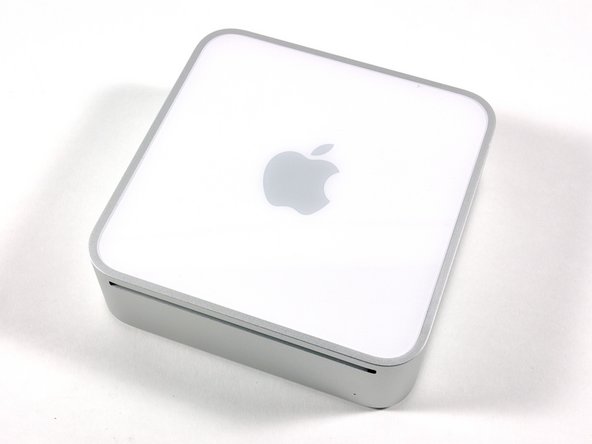 We tried to put a whopping terabyte worth of storage in a Mac mini -- and succeeded!

This guide walks you through the process of replacing the stock hard drive and optical drive with TWO 500 GB hard drives.

Warning: Although you're welcome to do this at home, this surgery is at your own risk. Make sure to back up any important data prior to working on your mini's hard drive. We'll post more information regarding heat and performance as soon as we have it available.

Search for this item:

This is the standard 22 pin Female SATA connector to a 13 pin Slimline SATA Male connector.

It's $7.75 and is a perfect fit. With this cable, the difficulty of this endeavor goes down to "just a little" :-)

It completely eliminates steps 17 to 20

I just replaced my hand soldered adventurous one with the one above and that's a clean and reliable solution.

Enjoy the 2 drives in the mini.

Dear friends, it is necessary that they are of different RPM HDD, my question is if I can use both disks of equal speed???

It's necessary to use the same drive of your going to RAID it. At least in size, not sure about speed.