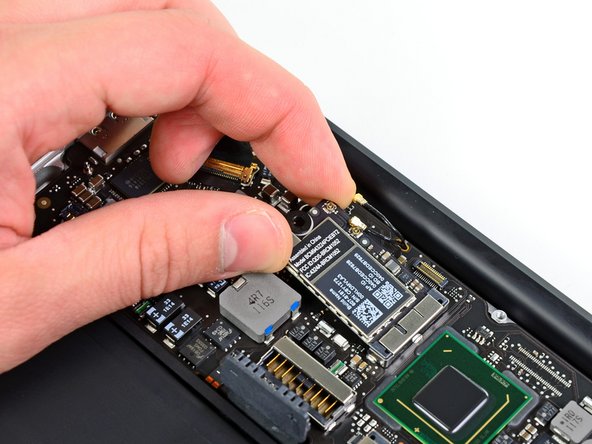 Use this guide to replace a failed AirPort/Bluetooth card. Note that the the airport antenna cables in the Macbook Air 11.6 inch 2011 model are longer than that of the 2010 model. If you're thinking of an easy swap of screen assembly between these two models, it will not work.