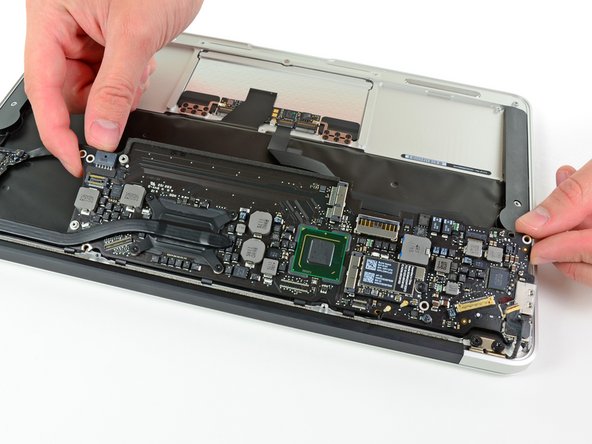 Use this guide to replace a damaged logic board.

Just for your information, this guide is not for the A1465 because the motherboard they are showing is from an A1370. The touchpad and touchpad flex cable are different in both models.

I concur this does not match the A1465 board in some areas. The Airport / Bluetooth connectors are in a different spot and the heatsink is different. Perhaps some photos from another board were used in a few places. The rest appears to be the same, so far.