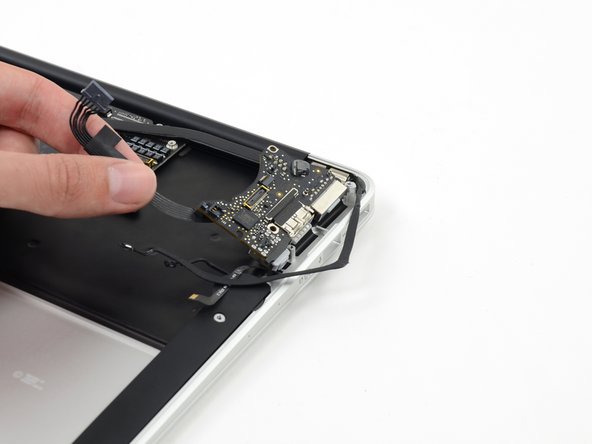 Use this guide to replace the I/O board.

Great tutorial. I may do this for sure. I get no audio and no microphone on my MacBook air. I took it to Apple and they told me it was hardware and not software. In Settins in Audio, there is no Audio Ouput available and No built in Mic available. Would you imagine this might be what is wrong with my Air?