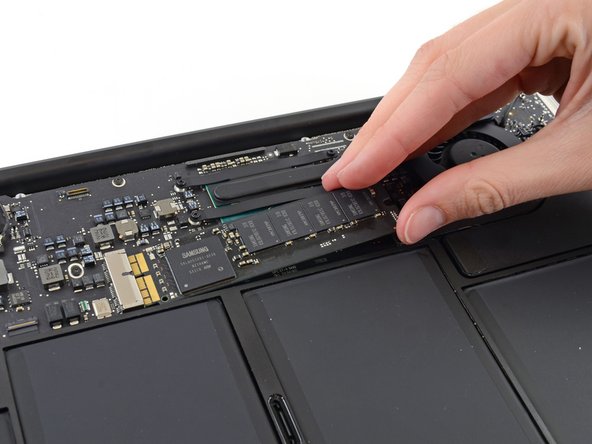 Please advise ! I installed the Crucial P1 ssd with the adapter, i booted with the option/alt key and the ssd is not present, only the bootable usb ! On a MacBook Air early 2015

The disk will not be seen by the Disk Utility. But if you boot from a USB disk (option_r during boot) and start the Disk Utility program you’ll be able to see the new unformatted disk. Erase the drive. Then you can restore from a Time Machine backup or restart without the USB….This worked for me.

I also have the same problem, do i need latest operating system to detect these new drives?

Why does the guide recommend 5 hours?

After reading, I think this should take 30-45 minutes or possibly a bit less. Maybe I overlooked a step, or something in particular takes extra long? I’m interested to hear how this went for others who have tried.

excellent write up tho, I didn’t know there were NVME adapters available for these, awesome!

The hardware only takes about a half hour, the installing the OS is what takes the time! To speed it up setup an external OS installer drive the faster the drive & interface the faster the install! A thunderbolt RAID’ed SSD is about as fast as you can get it takes just about an hour with it.