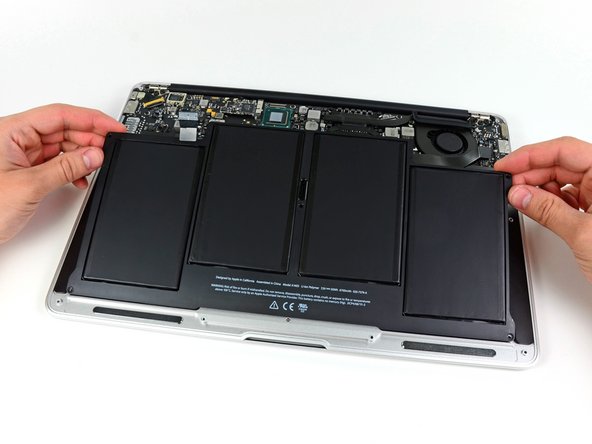 Use this guide to replace a worn-out battery.

Done! Now my Macbook Air has a new lease on life! I travel a lot and need good battery life on my Macbook so that I can work on flights, work throughout the day in meetings, do presentations etc.,

I ordered the battery and a pentelobe screwdriver from iFixit - they arrived quickly and as as promised in South Africa. The replacement took just a few minutes. The guide was very helpful and easy to follow. Now I have 6 hours of battery life again (or maybe a few minutes less ;-)

Thanks guys. I am very happy!

@digitaldion, Could you share what is time on a single charge now, after almost a year of active(?) use?

I had spilled Iced Tea all over my new laptop. Soaked it in rice, but it only would work when it was plugged in. I read replacing the battery would fix it. Ordered the battery...came in 2 days, and I used the repair guide. Worked with 100% success and now my laptop runs like it's brand new.

Did it! In less then 4 minutes. One extra tip: when you remove the screws, put them backwards on the table in the same pattern as you took them out. It saves time and avoids frustration :-) Thanks iFixit!

Done! That was actually quite easy; I can't believe how easy it was to do. When I ordered the battery I also ordered the iFixit 54 Bit Driver Kit and I have to say that I will likely never have to buy any screwdrivers again for any computer related fix-ups I have to do. Thanks!