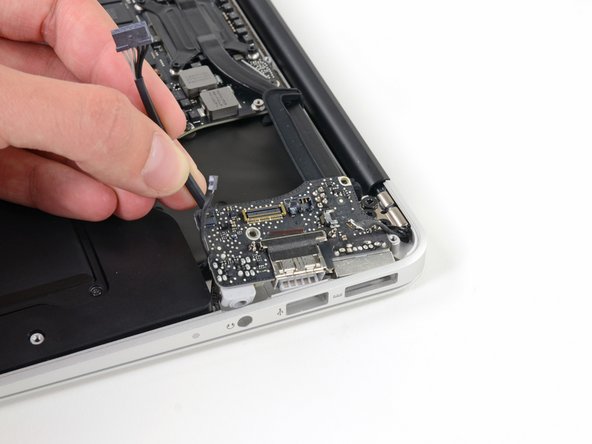 I bought a used I/O board on ebay for $30. Replacing the i/o board solved my problem with the "fan stack" heat sensor which had been unreadable and causing the computer to run very slowly and the fan to run full speed. It was listed like this:

While removing the Board I torn apart the pièce at the end of the cable (linked to side) on the l'est of the lasr image. What is it and Howard Can I remplace it ?

The is a connection that is near the middle outside of the board (near the wifi card) and it looks similar to the I/O connection. Would anyone be able to identify what that connection is and what it is for. I have a 2012 MBA and I wondered if it is a PCIe connection that is unused???