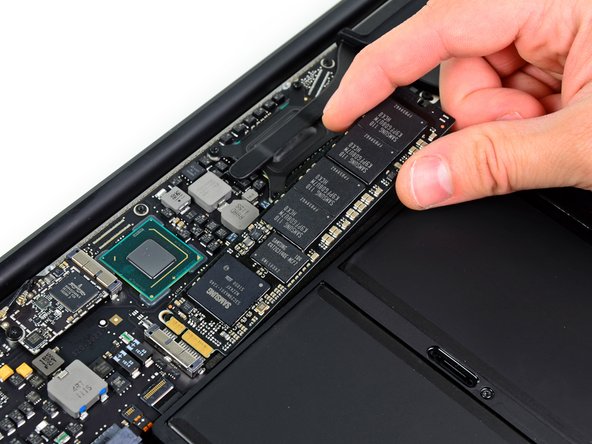 Use this guide to upgrade or replace the solid-state drive in a MacBook Air 13” Mid 2012. This MacBook Air uses a proprietary storage drive connector, and is therefore not compatible with common M.2 and mSATA drives without the use of an adapter.

I understand this is probably a noob question, but can somebody explain what is preventing anybody from swapping a 128GB SSD for a 256GB?

Eugene - nothing, I just followed this guide to upgrade from 256GB to 512GB. It's just that MBA 2012 SSDs are pretty hard to come by. I had to lurk on eBay for quite some time.

How do I get the operating system on to SSD?

You should be able to transfer the os installer into an 8+ gb thumb drive via DiskMakerX. You do need a working mac with something that works with the mac app store installed and enough space to download the os from the app store. Afterwards, just boot up your mac with the alt key, and install.