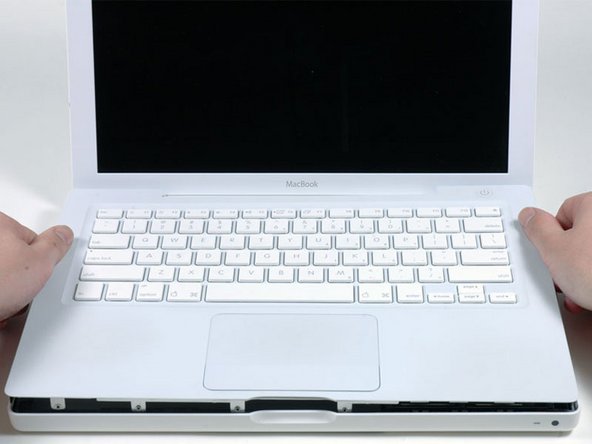 My first time using an iFixit guide. Brilliant! So clear and accurate. Appreciate the comments of other users too. Alerted me to problems that might (and in fact did) arise. Really helpful. Thanks guys! I'll be back!

I bought this macbook model used a couple days back: http://www.everymac.com/systems/apple/ma...

I have opened it up a couple times since and must've messed something up. The responsiveness of the keyboard declined with time (over a couple days) and now the entire keyboard is non-responsive and the trackpad is very glitchy at best.

Would this purchase and fix solve my issues? Is there a possible other culprit?

just great. used the guide when I had trouble fitting my new hard drive. used fixit kit containing screw measurement tool. would recommend using as the small screws do to tend to lookalike when you're knee deep in parts.

Thank you so much for creating this guide. Not only did it revive my black MacBook Core 2 Duo (2007), but it allowed me to continue my work with Photoshop as well as Illustrator and Indesign without shelling out $1500+ a year.

Could i use a backlit keyboard replacement instead of the original?

I keep finding mixed answers,but really i haven’t opened the computer to find out on my own.

Just wondering before i start. (I do realize that is lazy on my part,just wanted to know if someone has done it)

This guide was a life saver. I had an issue with my machine randomly shutting down. I took it into the repair centre who diagnosed a logic board failure and it “wasn’t worth repairing”. That is not an answer to me. I sourced a refurbished logic board and installed it. But my problem didn’t go away. I then realised I had over enthusiastically cleaned my keyboard and shorted the power button, which kept causing the machine to shut down. I learnt this after ‘jump-starting’ my Mac without the cover and it ran for days without issues. After reconnecting the cover, my problems started again. A new cover from iFixit sorted everything out.

Well, this was a huge 85% help for what I needed to do, whit this guide I was able to access the logic board, but I had to troubleshoot on how I could dislodge the heat sink, why iFixit haves a lot of guides on this MacBook, but it haven’t a guide which explains how to replace the thermal paste on one of those models?

@Lorenzo, via YouTube with these headwords, you ‘ll find a few video’s that guide you with replacing the thermal paste. Success and let us know how it worked: macbook core 2 duo thermal paste