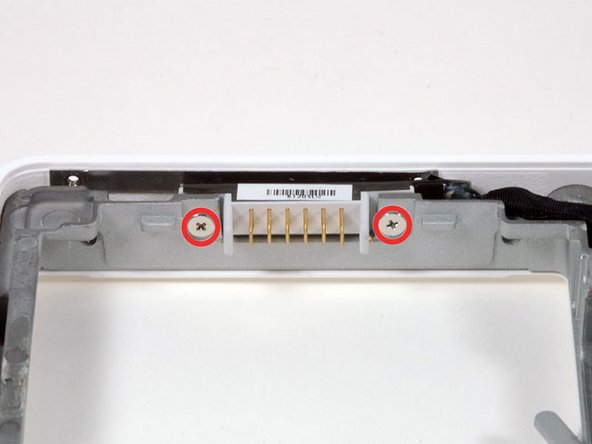 Corrosion? Bent pins? Whatever the problem, use this guide to replace your MacBook battery's connection to the logic board.

My rev 1,1 white Macbook was missing the spacer.

So was mine. Also make note for comparison, the Apple Service Source manual states that the I/O Panel needs to be removed prior to removing the connector - happily, according to iRobot, you don’t have to.