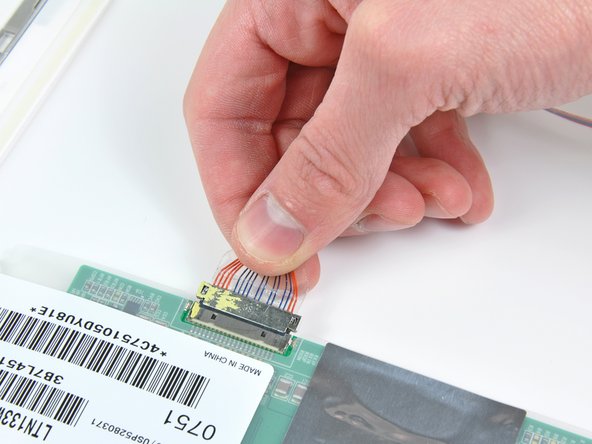 Use this guide to replace a worn-out or broken display data cable—the main communication cable between the MacBook's logic board and LCD.

Truly superb set of photos and instructions. I’d love to be able to buy a replacement data display cable, but no one seems to stock them.