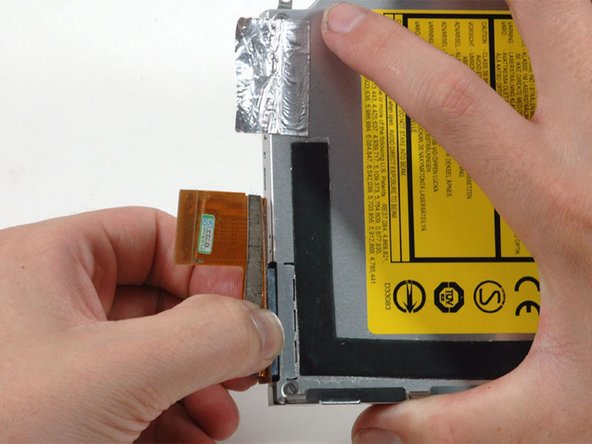 This small cable connects the optical drive to the logic board. While this component isn't likely to fail on its own, premature yanking during an optical drive replacement may instigate its replacement.

This was great to use , I was very impress with this guide to remove my optical drive.