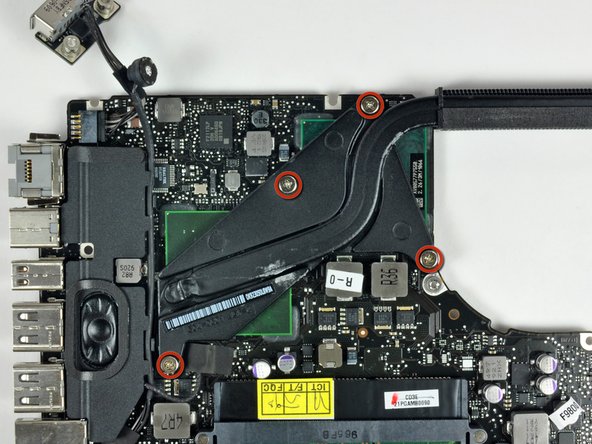 After completing this process and reapplying thermal paste on my CPU and GPU, CPU Core 1 & 2 temperature sensors were not being read. As a result, my fan was not operating and the CPU diode temperature jumped to >100C.

To fix this I had to reset the SMC (System Management Controller). For this model it is done by holding done Shift+Control+Option and pressing the power button while the computer is off.

I have OS X 10.8.5 running. I also replaced my battery at the same time as reapplying thermal paste. No idea if that affected the temperature sensors.

Followed this guide to change thermal paste on CPU & GPU, all worked fine, now I have >10°C difference. I had a problem on a screw that wore out, solved by cutting a piece of motherboard. I recommend following this guide alongside a youtube guide video, if you are not sure on how to unplug some cables (like in which direction to pull). And as always, double (triple possibly) check that you have reconnected all cables, otherwise you’ll have to go through all of this again.

Well, my computer no longer turns on...reconnected all the cables, was very cautious and followed all steps and now it won't power on...it will charge, just won't power on anymore