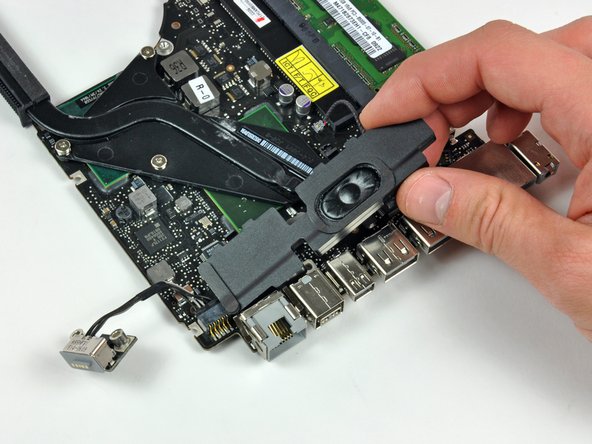 Regain sound output from the left side of your MacBook Pro by replacing a blown-out left speaker.

Finished all the steps, hooked up and placed the new speaker and then got stuck on microphone connector. About 4 hours wasted on one connector. As I understand it should just snap in if pressed down in the right place, I lost the count of how many times I tried with a small change from time to time. I do not see how anybody could help me, just venting. Probably will send the book for parts, or just put together without the Mike, everything else seems to work fine.

how do you know if it is the left or right speaker that is broken?