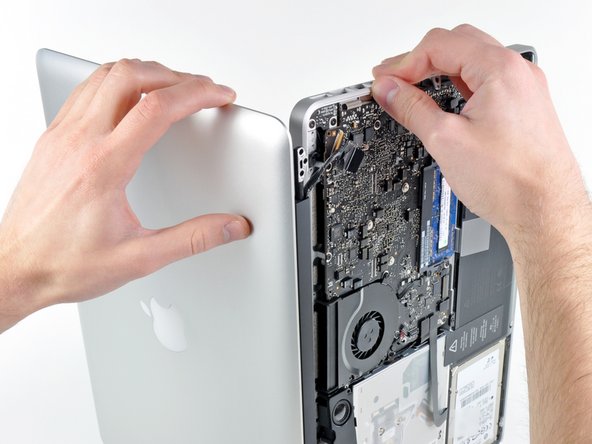 Use this guide to replace a broken display assembly.

Just wanted to say thanks for the website, and easy to follow instructions! I just successfully replaced my girlfriends Macbook Pro screen today:)

This display assembly will fit into an 13 in - Early 2011 macbook pro?

No the connector in the logic board/video cable is slightly different.

Correct that the LVDS connectors are slightly different but you can modify them to fit using nail clippers if you are very careful!

Yeah! I did it. I had to use two different guides todo thelcd screen.but my MacBook is clear and no giant black crack. The mid 2012 "glass". Is plastic...just saying.