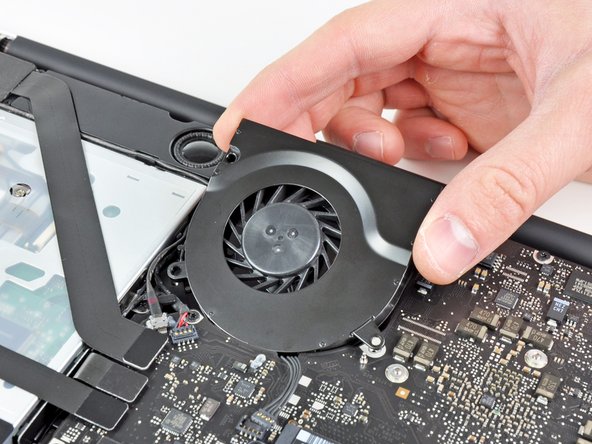 Use this guide to replace a noisy or burned-out fan.

Does anyone know if there any fans that are better than the default and fit this mac?

Repair done as presented. The fan connection was a little tricky to get out but apart from that non eventful. New fan working nicely.

Please help, the fan cable wire broke while trying to get it out. Will I be able to just replace with new fan or what? Thanks so much!!

Hi! Thank you for very understandable and good guides!

You described the colors very well, and that leads me to believe that your display preferences in the System Preferences Control Panel may simply have switched to automatic. It changes the hues to what they think are easier on the eyes for day and night. Go to

“System Preferences” (it’s also in the Dock by default)

and adjust it the way you like. BTW, if it seems to be happening at times other than Sunrise and Sunset, make sure the Time Zone is set for your local area and proper Daylight Savings (if applicable) or Standard Time.