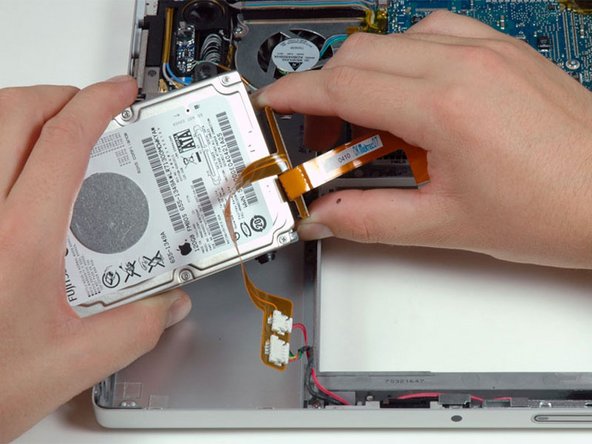 very well explained. I did it by my self and your help using only a little screwdriver of my victrorinox (swiss knife).

tks a lot for your path.

Thank you all very much, this guide is perfect for everyone, no matter your level of expertise, i never opened my mac before and i succesfully replaced my old 120 gb HD with a new 320 gb HD 7.200 RPM :) And worked flawlessly!!

BIG UPS to ifixit, this guide is perfect for everyone!

P.S. The only thing that went wrong is that the button to open the macbook is not working perfectly, i have to press it harder than usual, i guess i have to disarm it again and check that everything is in place, other than that it is working flawlessly ;)

If your button to open mac is hard to use after you re-assembled the computer, check to see if the proper length screws were reinstalled. I had that problem and I switched the 2 screws. One was a tad longer. The longer one when screwed in, interferred with the button function.

Definitely NOT true for MY Mac. Both screws are absolutely identical. Still I had this issue. :-(

Turned out that if I screw them in real tight the issue will occur. If I turn back the screws about 180 degrees (i. e. if I loosen them) the problem disappears.