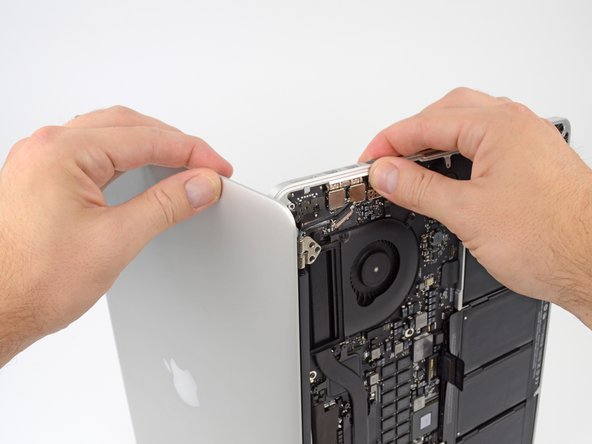 Laptop take a tumble? Having trouble seeing through a jungle of cracks in your screen? Use this guide to replace your display assembly.

I was a bit scared to do this... But it was actually not that hard... And I had no issues whatsoever. Thank you so much! You saved my ass hahaha.

Worked perfectly for me. Thanks for the guide!

I have limited computer repair experience but I found this repair very easy and straightforward to do. If you're careful with the cables and don't force them you shouldn't have any problems! Thank you ifixit!

Other iFixit guides worked great for me. So when my Macbook pro 15" retina late 2013 got a cracked display I bought a new one and tried assembling it with this guide. I tried this so many times, and even bought a couple of displays (both are supposed to have matched the model number of my laptop), but it didn't work for either of them. My old display, which was cracked, comes on, but the new ones I bought don't come on when I boot the computer. I've also tried those weird key combinations that they suggest for fixing a black screen elsewhere on the web. I am at my wit's end.