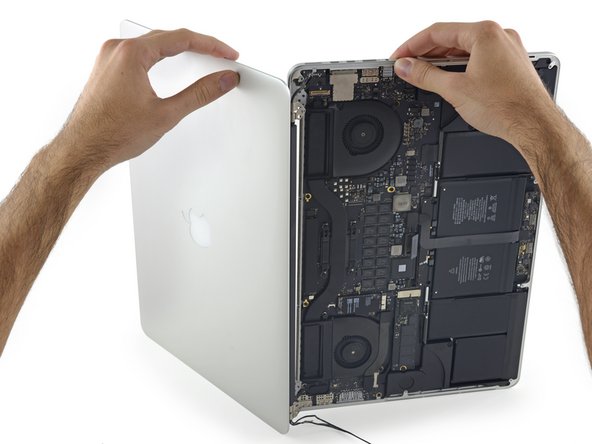 Do you have a cracked screen or see weird vertical lines? Fear not! Use this guide to remove/replace the display assembly if something terrible has happened to the beautiful Retina display of your MacBook Pro.

Successfully replaced screen and everything is working great. One mechanical exception - the black clutch cover is loose on one side (the left side looking at the keyboard). i can "lift it" towards myself. it wasn't obvious while i was in there that there was a step to "hook it" into anything. what has it let go from and how do i go about ensuring that it's secure when it's flipped? Anyone know?

It was a perfect job! Thanks!

Thank you! These instructions couldn't be better.

Do you have any intention of releasing a guide for the new A1707 2016 pro retina model with touch bar? Thanks for your help.