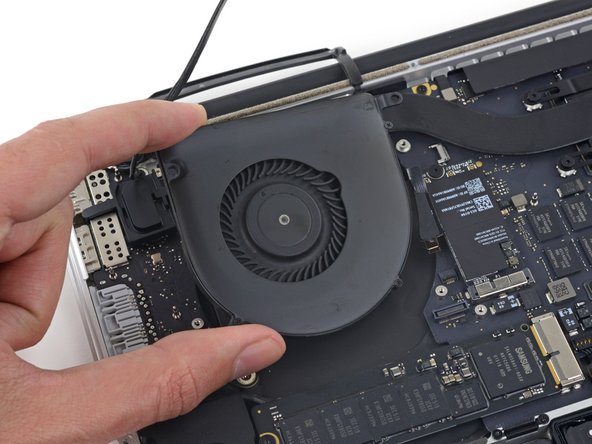 Use this guide to help you replace a damaged, broken, or faulty right fan.

Great tutorial. I did not notice the screw length in the beginning. Thanks. :)

Strange noise came out of my mac. I found a screw on my right fan fell off and got stuck in the right fan.

completed my first mac repair ever, so excited.

I was hearing a strange buzzing / grinding noise coming from my right speaker. After ensuring it wasn’t the speakers, I realized it was the fan (would only start making the noise when the fans were kicking into high gear). I opened it up and found that one of the screws on the right fan wasn’t attached to the logic board: Step 14, top right screw (orange) attaches to a silver nut (?) which should be attached to the logic board. The adhesive that attaches the nut to the logic board had detached! Gotta find what type of adhesive I need to get for this, but putting this here for anyone with a similar problem.