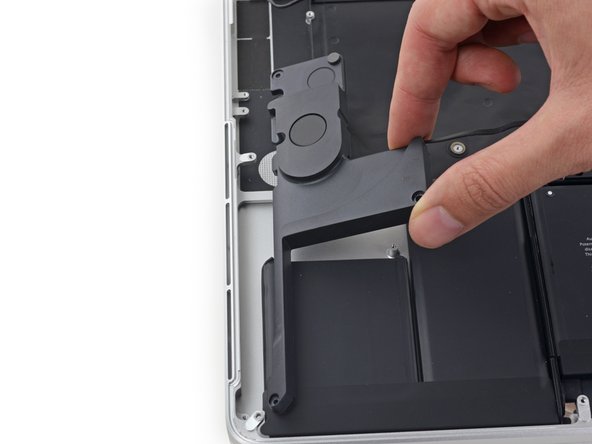 My Mac book pro 15” Mid 2015 got the right side speaker issue. I have ordered the speaker from iFixit and I am able to replace the speaker by following the steps given above. Thanks to iFixit.

Tricky bit: Before screwing main board back into case I forgot to first make sure the left speaker wire, keyboard light cable, etc were all poking above the board (rather than squidged underneath), so had to retrace some steps…. i.e., make sure that none of the connectors are stuck under the board.

1. use correct screwdrivers which are also magnetic (to hold screws), and also to use a plastic spudger where shown in instructions.

2. Get a couple little bowls (like might hold sauce) and place screws for case in one, and some other bits in another.

3. Use couple of upturned post-it notes and stick the little screws on the tacky strip while noting with pen underneath what size, and what for.

4. For some bits (cable end cover plates, logic board, etc) rather than try to keep track of all these different screws I immediately loosely placed them back in the chassis mounting holes for safekeeping, after removing each part.

This guide was awesome. 2 hardest parts where reinstalling the logic board without any ribbon cables under it, and reconnecting the antenna lines.