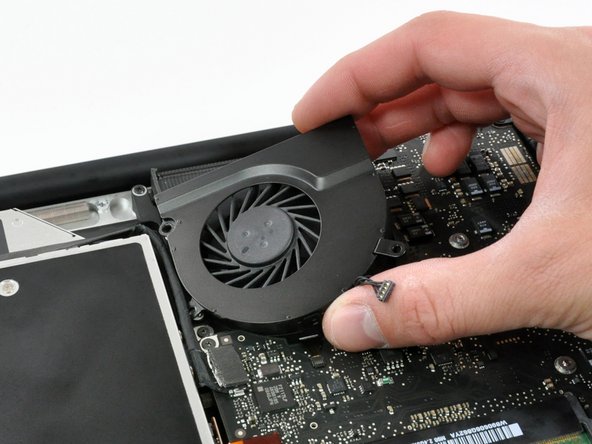 Replacing a defective fan is pretty easy and will keep your laptop running cool. This guide is for the fan on the right side of the Macbook when in normal operation. It will be the left-hand fan when you are removing it.

Once completed, I did a reset of the PRAM, and it all worked beautifully.