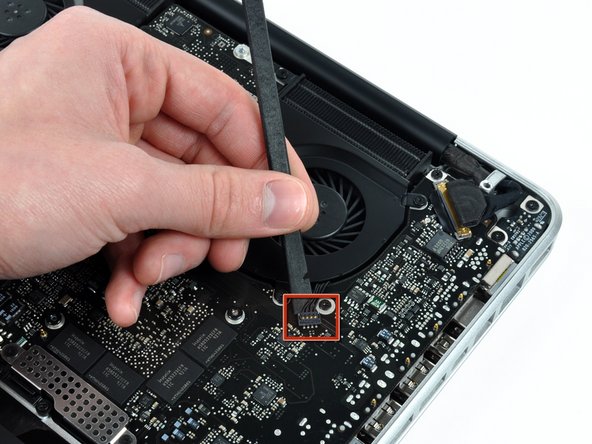 Connecting the fan to the logic board is unclear. Could you walk through that a little more clearly?

When connecting the new fan to the logic board, set the connector piece above its socket on the logic board and then gently press down. It should click together.

quite easy. i’m very happy with this manual. Though connecting the new fan until it clicks is the most difficult part. thank you!

Great guide, easy work to do! If I can do this, anyone can. If I can do this, someone who does not exist almost can. Not quite! But almost. I was happy to get that squalling and howling old fan out of my MacBook Pro, and thereby to end the squalling I got from my family over the noise it made. Like the old one, the new fan works great, but it is new, and quiet, and I am thankful. Happy customer.