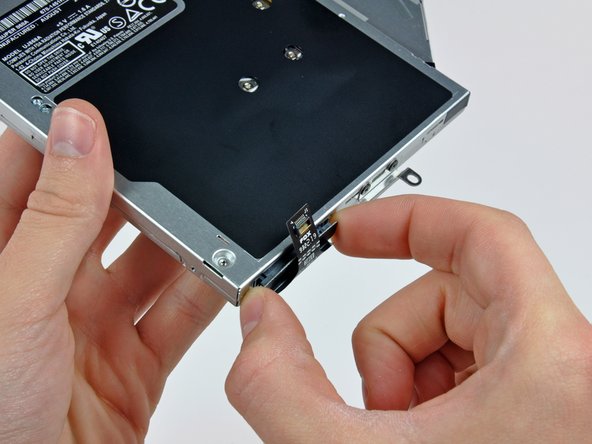 My replacement drive had screwholes in slightly different places and a different connector ribbon, but I was able to successfully swap the drive top plate, inner side screw bracket and connector ribbon with the ones from the existing drive.

Replaced the drive. DVD inserts. Drive works. But the DVD won't eject. Seems like the slot in the case and the drive don't align. Any Ideas?

Do you think, It’s a good solution to remove the drive without replacing it?