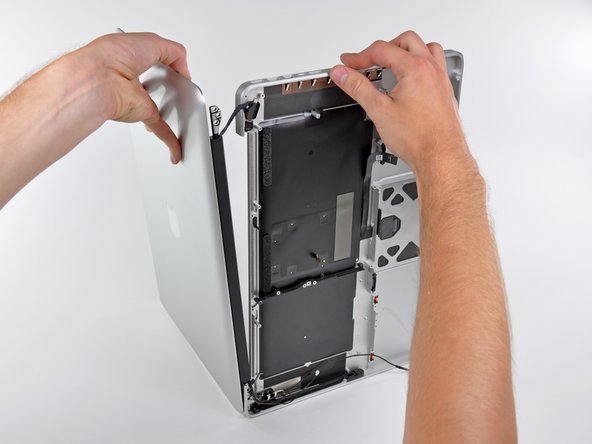 I completed this replacement successfully, with one glitch and two leftover items. The glitch: I failed to insert the keyboard ribbon cable at first. The leftover items: A multilayer soft pad, silvered, about 3x1 ¾-(7.5x4.5 cm) and a piece of foam in a quarter-round shape, 7/16”(1.2 cm) long, ⅛"(3-4mm) ,on a side, with a fine metal mesh on the long sides. I don’t recall in which step I removed either part. I’m hoping neither is critical, but I’ll replace either as best I can if I’m wrong. I have a photo of the two parts but I don’t see how to add it to the post.

Took me a little over 4 hours, but seems successful. Most of the middle row on my keyboard had stopped working, I was having to use an external. The new case works fine. The hardest part was definitely the logic board removal, but just be patient and methodical and use the spudger to loosen the adhesive that binds the microphone to the upper case. I also encountered two screws that stripped when unscrewing, and had to use some creativity to release those parts. 48 hours after replacement, everything is working, and the new keyboard is definitely an improvement. Time-consuming and stressful but so much cheaper than authorized repair.

I did this because shift control option on the left side of the keyboard stopped working. Now they are working, but all the keys Q - I aren’t working, the CAPS key works most of the time and there’s no backlight keys anymore. Now what?